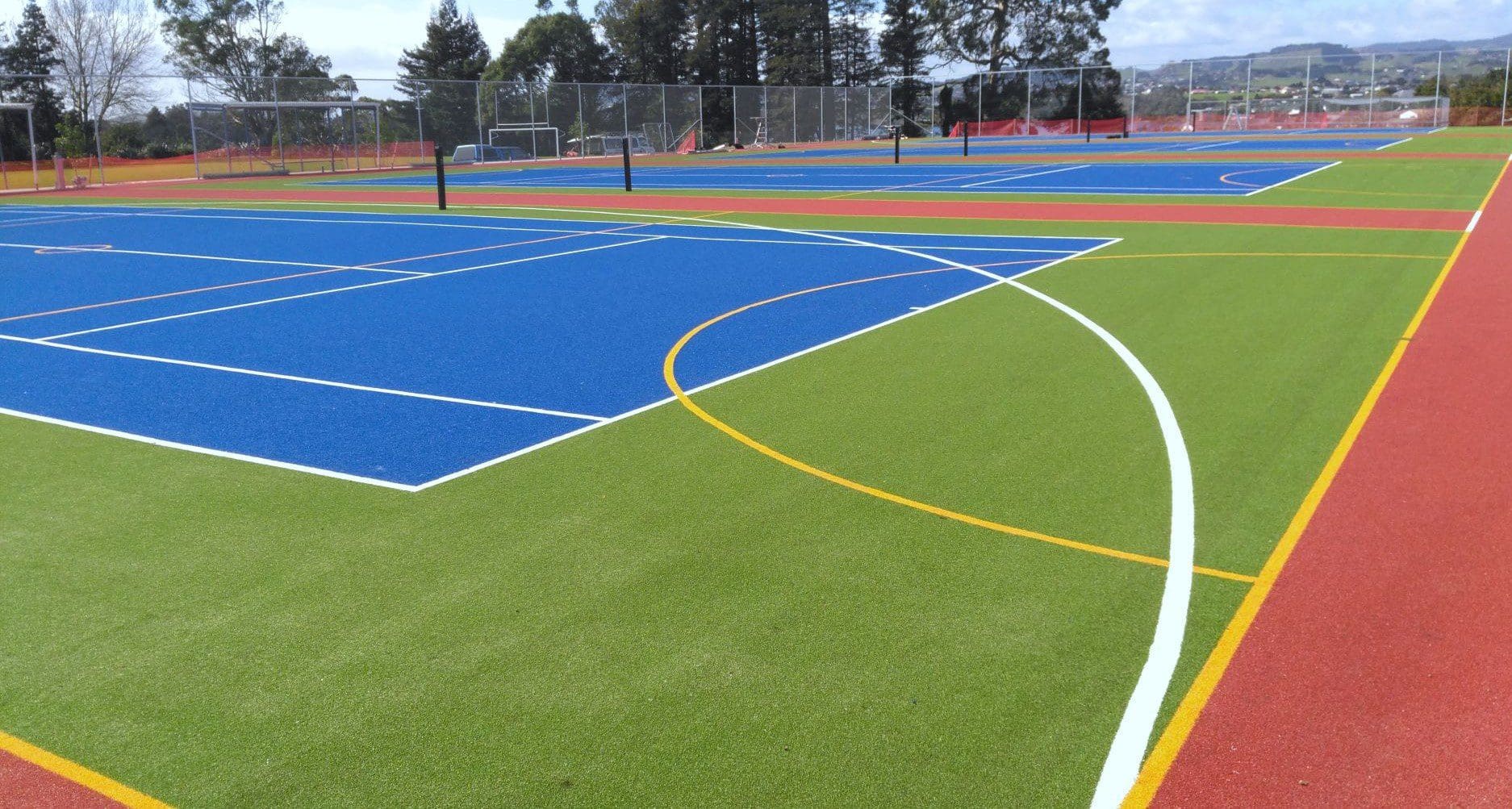 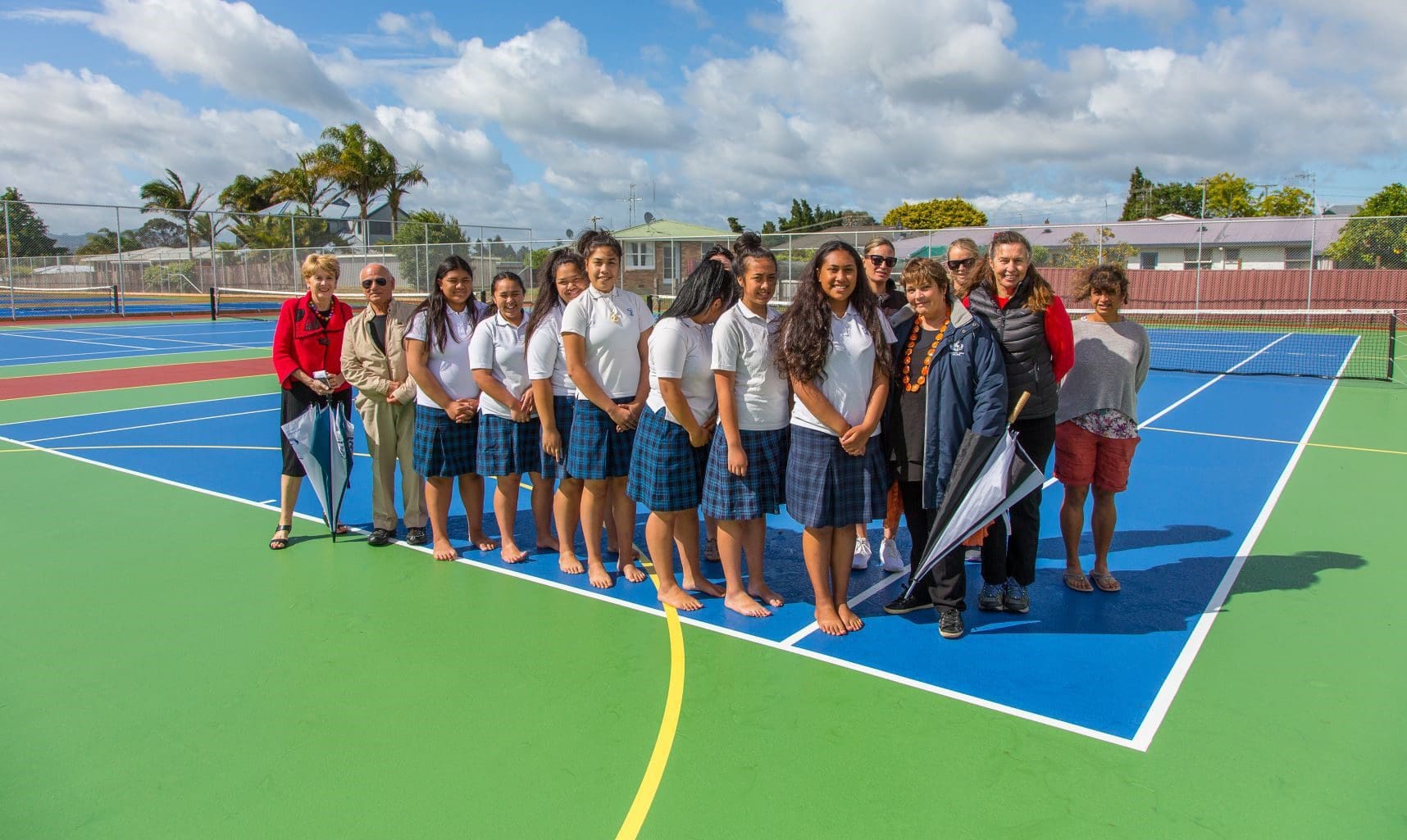 Tauranga Girls’ College wanted a modern, well equipped sports centre to give all sportswomen, from junior teams, recreational sports and elite teams the chance to be the best they could. 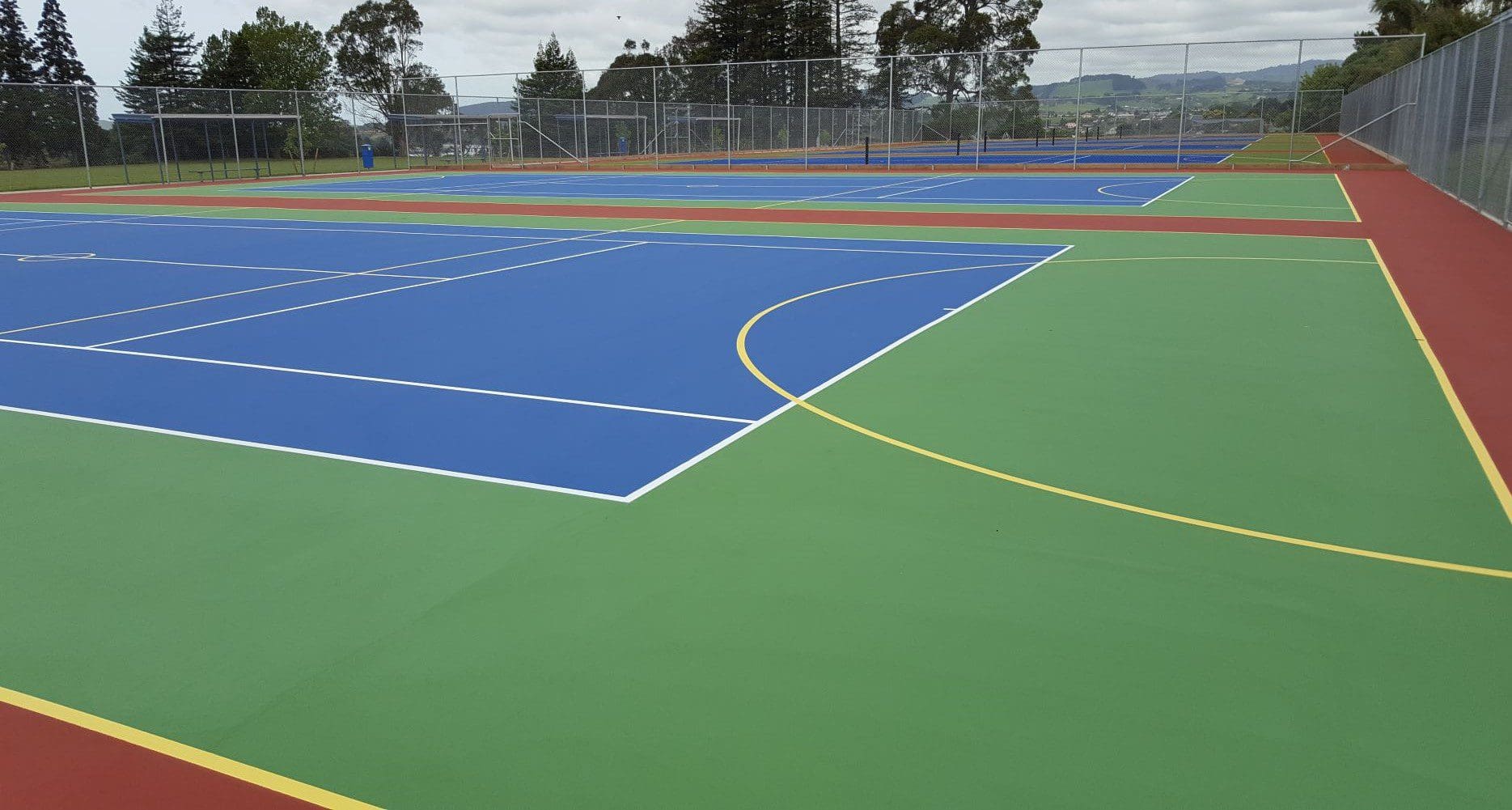 The school achieved everything it had
hoped for when it came to us. The
brilliant new multi-sports centre and high
performance Mapei courts will successfully
host top level inter-school tournaments,
encourage the girls to enjoy physical
education curriculum activities all year, and
provide enviable practice facilities for the
school’s elite tennis and netball teams.

TigerTurf Advantage is an outstanding tennis and
multi-sport surface that encourages players at the
top of their game to extend themselves even further,
while developing players can more readily improve their
skills on this technical tennis turf.
Advantage is at the top of our tennis range. It is an
extremely hardwearing medium pile surface and comes
with a 10-year manufacturer’s warranty.
TigerTurf Advantage is also an excellent surface within
the Gym environment. Its hard wearing characteristics
make it ideal for resistance training, high impact and
indoor field sports.

The existing asphalt courts were drab and uninviting, the surfaces cracked and uneven, and now becoming slippery and dangerous. Some serious remedial work was needed to bring them back into play. This gave the school the opportunity to think about what the students really needed,  and how it could best accommodate so many diverse sporting enthusiasms.

The school had a clear goal in mind: a bright, attractive comprehensive sports centre to engage all the students in at least one sport. As netball and tennis are popular with the girls, TigerTurf also suggested a couple of high performance Mapei acrylic courts for netball and tennis, coated in a  4mm high-density rubber surface.

The four clear blue TigerTurf Advantage multi-sport courts have bright green extensions that allow hockey and other sports to use the courts too. The basketball  teams have their own asphalt court, with an even, consistent surface marked in clear white and ready for play all year.

The bright blue Mapei acrylic surfaces  have been applied over new asphalt bases,  which are durable, free draining and provide a good bounce on an even surface. TigerTurf managed the entire project for Tauranga Girls’ College, including the building of perimeter fences, drainage, concrete footpaths, drinking fountains, inground goals for netball, basketball, mobile hockey goals and fixed tennis nets. 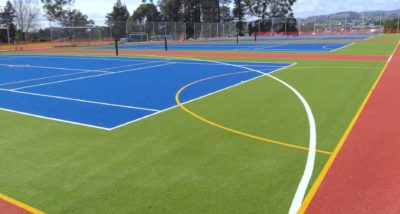 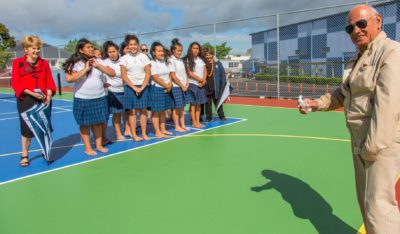 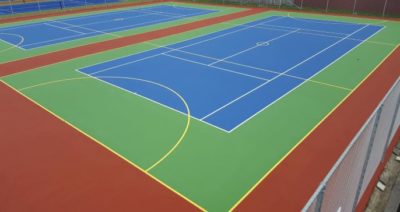 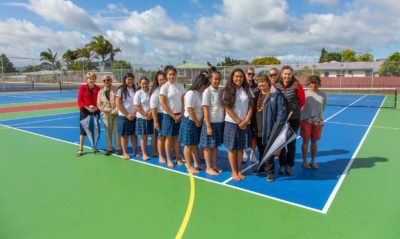 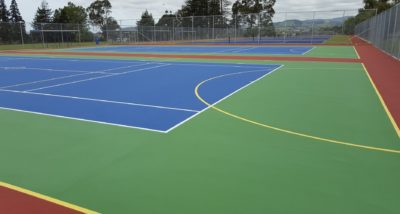