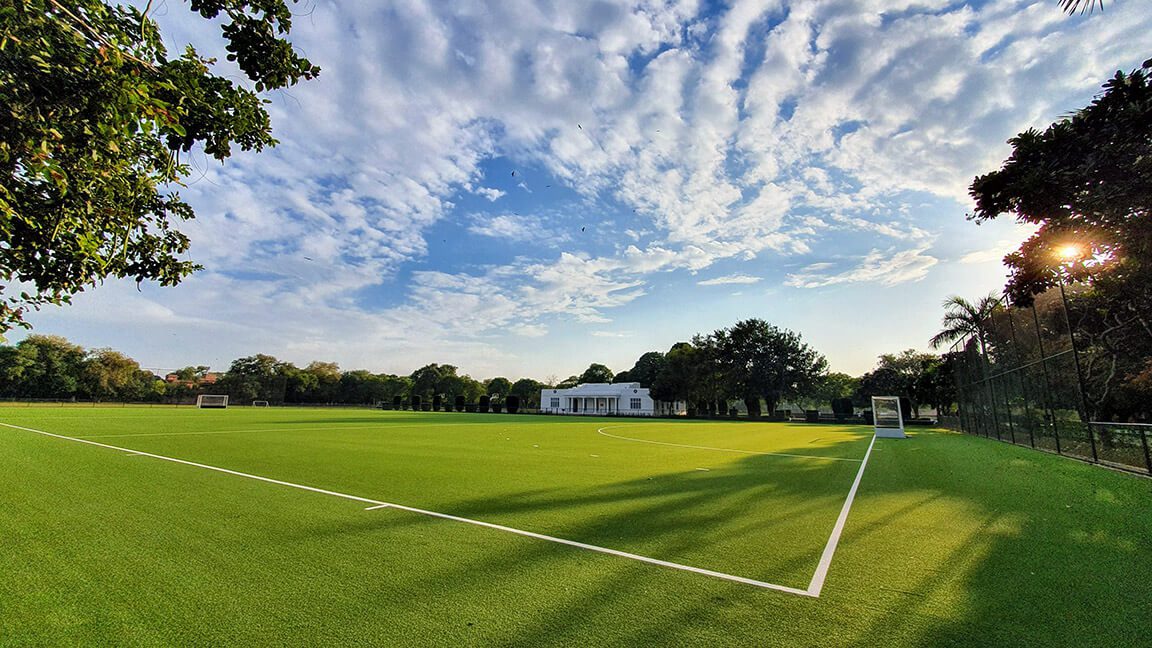 Aitchison College is a prestigious semi-private boys’ school steeped in history. Based in Lahore, Pakistan it has a tradition of providing an education that uses academics, sports, and co-curricular activities as tools for character development.

It was originally formed on 2nd January 1886 as the Punjab Chiefs’ College and was renamed Aitchison College 11 months later on 13th November 1886. However, the inception of the college can be traced back to 1868 as the Wards School in Ambala, after which it became Chiefs’ College in Lahore. The college has many notable alumni, including the current Prime Minister of Pakistan and ex-cricketer, Imran Khan.

The college sets a huge amount of importance on sport with students having to enrol in two sports at the beginning of each winter term and one sport in the summer. The college also introduced sports academies in 2017 to promote exceptional sportsmanship.

In 2019, the college set out to make a huge investment in their sporting prowess with the installation of a state-of-the-art synthetic hockey field. TS Builders were appointed the main contractors of the turnkey project, leading the complete design and build.

As the industry’s leading artificial grass hockey surface, Evo Excel was chosen as the product for the prestigious build owing to its incredible durability, playability and aesthetics. Evo Excel also boasts top FIH accreditations, perfect for the esteemed school to not only train their own hockey teams, but also for the national Pakistani team to train on too.

Michael Thomson, Principal of Aitchison College said; ‘The new synthetic grass will demand fresh skills with added emphasis on physical strength and endurance’. He also commended the work of TS Builders, thanking them for ‘delivering this magnificent field while honouring the beauty of its unique environment’.

The importance of sport in school life at Aitchison College is clear. With their investment in their new hockey field they ensure not only future sporting success for the college but as Michael Thomson said; ‘It is now our task to make boys of this generation the new masters; reaching for excellence and playing the game in the right spirit of competition and friendship. To this end, the college has made a considerable commitment to hockey and devised a whole school program that aims to deliver excellence in the national game and also attract outstanding competition and teams from all over the country’. 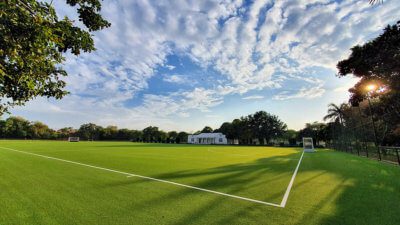 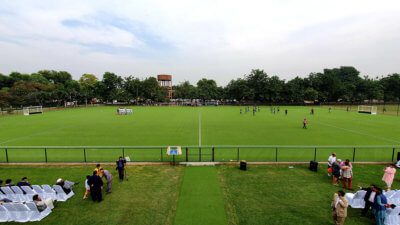