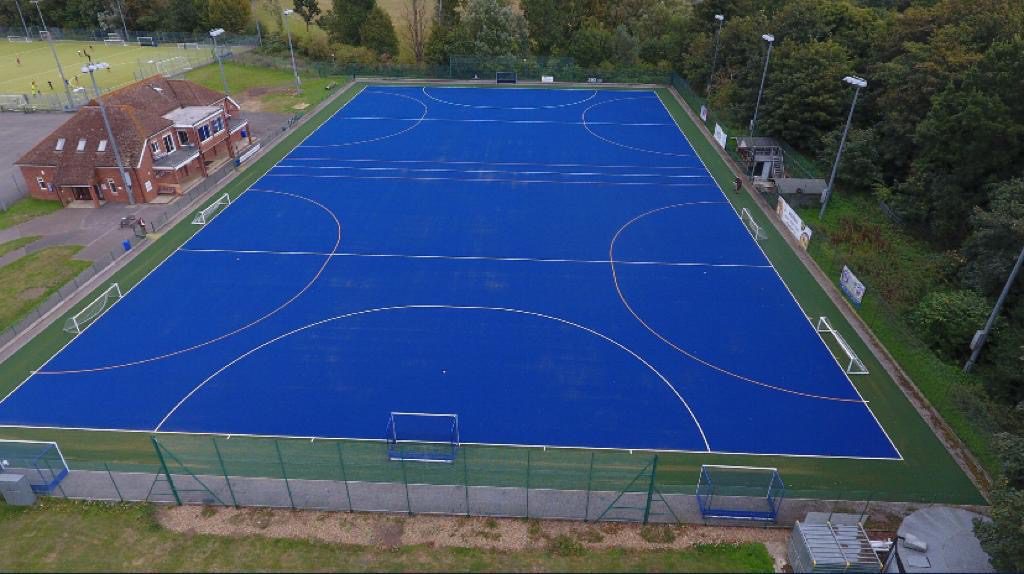 When selecting a new surface, it was important to Guildford Hockey Club to select a technical, specialist hockey surface which would reinforce their position as one of the top English Clubs and support the Club’s future ambitions. The club, whose base is located at Broadwater School, chose TigerTurf’s Evo Pro to support the surface’s busy schedule and Velocity Sports to build the field.

The pitch is used on a daily basis by various age groups and teams for training and matches. From U6’s to over 50’s, a disability Flyerz hockey programme, the national league-playing Men’s and Women’s 1st teams, a Future Stars Programme, the England Hockey Talent Academy and junior holiday camps all now benefit from the superior playing surface. 860 junior players and over 300 adults for the hockey club, use the pitches at Broadwater School, with up to 450 training each week. Plus, another 900 school children regularly use the surface for hockey and football.

Sponsorship and Community Partnership Manager, Emily Smith said “The Evo Pro surface provides a strong showcase for the Club and demonstrates our desire to continually invest in the Club for the benefit of current members.  It is also instrumental in attracting and converting prospective players.”

The club has a very unique fiscal plan for replacing the field and those surrounding it, when it comes to the end of its life.  Emily explains “The pitches are run as a joint venture, whereby each user contributes to a sinking fund to replace each pitch every 12-15 years. This keeps usage prices low for the three partner organisations (two schools and the hockey club) whilst allowing resurfacing work at regular intervals.  This also contributes to replacing shock pads when required and the on-going maintenance of the fields and surrounding areas. This method significantly reduces the hourly pitch hire rate that the club would have to cover at another venue by 40%.”

Emily concluded; “We went for a TigerTurf surface because the quality of the playing surface is the best we could find. Added to which, we are confident in the longevity of the carpet (as evidenced at other TigerTurf venues) and so far, we are absolutely delighted with both the quality and its durability.”